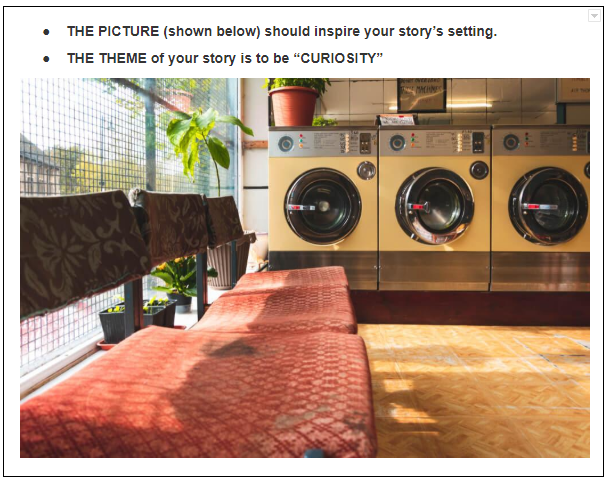 Beverley Cole, of No 8 Jordan Court, leaned into the door of the laundromat and forced it open with her shoulder. It wasn’t even 9 o’clock and already the day was blistering hot. Sweat pooled across her forehead, under her headscarf, at the back of her neck. Her arms ached from the weight of her basket.

“Mornin’, Bev,” said one of the two women who sat in the moldering seats by the window. They were her neighbours, No 4 and No 9. Another woman hovered near the counter for the dry cleaners.

“Alright, Alice? Inez?” She nodded at her neighbours, as she unloaded the basket into an open machine.

They returned to the conversation which had been interrupted by her arrival. They clucked and cackled, hands waving and flapping, punctuating their sentences. They were a couple of old chooks in a coop.

She set the machine and took a seat, closing her eyes. There was something soothing about the noise of the laundromat. The hum and buzz and whirr of the machines, a mechanical lullaby. It was soporific enough on its own, but with the warmth of the sun through the window it was only moments before she was away.

She straightened up, pulled back into consciousness. “What was that, Inez?”

“I said Esther Owens is in town,” said Inez.

“She’s right there, across the street,” said Alice, pointing.

Beverley turned and looked out the window.

There she was. Esther was looking right at her. She waved, and started walking towards the laundromat.

“I don’t know. Curiosity?” said Alice. “She’s probably never seen a washer in her life. I bet she has maids for her maids.”

The door swung open. The bell tinkled. It was as if all the air was sucked out of the room. Beverley struggled for breath. Only the shuddering washing machines in the background were proof that the world hadn’t actually stopped.

And then Esther opened her mouth and spoke to her.

Get in Touch – Sage

Get in Touch – Podcast