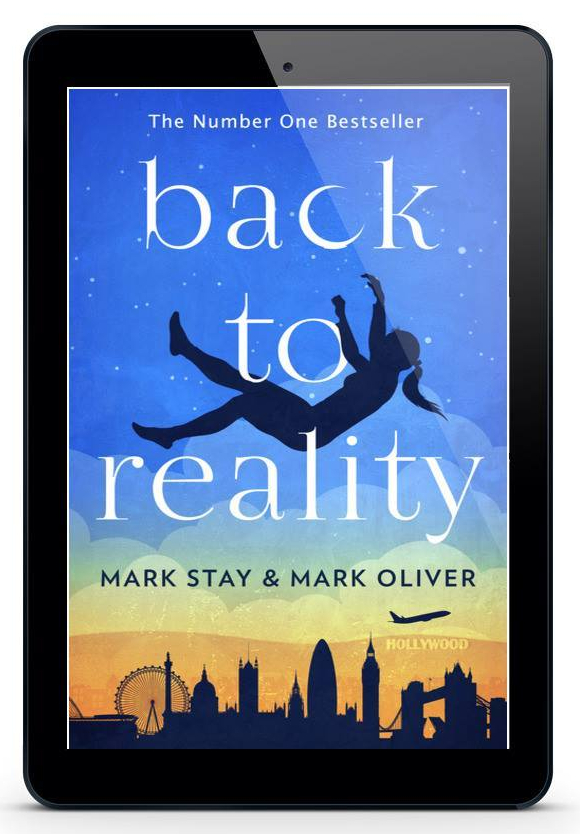 Jo’s world is about to change forever, and it’s about time

Her marriage is on auto-pilot, daughter hates her, job sucks and it’s not even Tuesday.

As Jo’s life implodes, a freak event hurls her back to ‘90s Los Angeles where, in a parallel universe, she’s about to hit the big time as a rock star.

Jo has to choose between her dreams and her family in an adventure that propels her from London to Hollywood then Glastonbury, the world’s greatest music festival.

In her desperate quest, Jo encounters a disgraced guru, a movie star with a fetish for double-decker buses, and the biggest pop star in the world… who just happens to want to kill her.

A little over a year ago, when I read Back to Reality for the first time, I reviewed it on Amazon thusly:

This is an absolutely cracking read. It’s funny, it’s clever, it’s heartwarming, and it’s completely impossible to put down. Be warned: Don’t read this when you have things to do, or they won’t get done!

Now, having re-read it, have I changed my mind at all? Not in the slightest.

I inhaled the story the first time, in great, big, gulping breaths. This time, I savoured it. Paused to take it in. And that has only served to deepen my appreciation of it.

BTR is a difficult book to place. It’s contemporary women’s fiction given a comic spec fic twist reminiscent of Douglas Adams, Terry Pratchett, or Neil Gaiman. If you chucked Freaky Friday, Back to the Future, and Red Dwarf into a blender… Well, those are some of my favourite things, so I enjoyed the smoothie immensely!

There’s rock’n’roll, buses, an Italian psychic, ley-lines, crystals, and a really funny bit with a cow. What more could a reader want, eh?

Getting serious for a moment, I do particularly appreciate that, although the authors are male, the women in the book were written with great care. Real thought was given to each character. They have agency. And absolutely no breasts were titted boobily in the making of this production.

Now the two Marks are on a mission to try and sell 10k copies by Glastonbury weekend (i.e. the end of June 2019!!), so if you feel like you’d enjoy this book (or if you know someone who would), please do buy a copy. I really can’t praise it highly enough.

BTR is available in ebook and paperback from Amazon.